I'm writing to ask if you'd mind promoting an upcoming regional strategy session for the TIAA-CREF divestment campaign. We have four such meetings, and one of them is set for New York City in late October. I've included all the info about it below. I think it would be fabulous to turn out many of the Hudson Valley students within reach of your radio show.
Let me know if you'd be willing to plug the session as it gets closer and/or if Rebecca or I might be able to do a quick interview about it.
Thanks for everything,
Stefanie
TIAA-CREF Student Strategy Session
New York City:  October 30th
Information and applications are online now:  http://salsa.democracyinaction.org/o/301/p/salsa/web/common/public/signup?signup_page_KEY=5481 .
A bit of background:
TIAA-CREF is the one of the world's largest retirement funds, and we're demanding they stop investing in companies that profit from Israel's Occupation of Palestine. In many cases, campus divestment campaigns are targeting the very same companies as those within the TIAA-CREF portfolio. This fall, join other students in your region to strategize about the ways we can work together to make both campus campaigns and the national TIAA-CREF campaign stronger.
Since the June launch of the JVP campaign for TIAA-CREF to divest, over 17,000 people have signed the online petition and groups in 20 different cities have begun to mobilize. Local coalitions are leading community teach-ins, gathering signatures at events, hosting poetry slams, and organizing actions against the five main campaign targets--Motorola, Elbit, Northrop Grumman, Veolia, and Caterpillar.
At the same time, the student divestment movement is kicking it into high gear, with promising campaigns on campuses all over the country.
In these all-day strategy sessions we'll build relationships and work together to answer the following questions:
How can we build strategy against shared targets?
How can your campus group launch a TIAA-CREF campaign?
How can the materials, tactics, and organizing for the National TIAA-CREF Campaign support and enhance your campus group's existing divestment efforts?
How can your campus divestment campaign grow the national movement for TIAA-CREF to divest?
Please spread the word among your networks and let me know if you have any questions at all!

Israeli ties: a chance to do the right thing

The University of Johannesburg's Senate will next week meet to decide whether to end its relationship with an Israeli institution, Ben-Gurion University of the Negev, on the grounds of that university's active support for and involvement in the Israeli military. Archbishop Desmond Tutu supports the move. He explains why

" My heart aches. I say, "Why are our memories so short." " Jacob Zuma

"The temptation in our situation is to speak in muffled tones about an issue such as the right of the people of Palestine to a state of their own.
We can easily be enticed to read reconciliation and fairness as meaning parity between justice and injustice. Having achieved our own freedom, we can fall into the trap of washing our hands of difficulties that others face. Yet we would be less than human if we did so. It behoves all South Africans, themselves erstwhile beneficiaries of generous international support, to stand up and be counted among those contributing actively to the cause of freedom and justice." - Nelson Mandela, December 4 1997
Struggles for freedom and justices are fraught with huge moral dilemmas. How can we commit ourselves to virtue - before its political triumph - when such commitment may lead to ostracism from our political allies and even our closest partners and friends? Are we willing to speak out for justice when the moral choice that we make for an oppressed community may invite phone calls from the powerful or when possible research funding will be withdrawn from us? When we say "Never again!" do we mean "Never again!", or do we mean "Never again to us!"?
Our responses to these questions are an indication of whether we are really interested in human rights and justice or whether our commitment is simply to secure a few deals for ourselves, our communities and our institutions - but in the process walking over our ideals even while we claim we are on our way to achieving them?
The issue of a principled commitment to justice lies at the heart of responses to the suffering of the Palestinian people and it is the absence of such a commitment that enables many to turn a blind eye to it.
Consider for a moment the numerous honorary doctorates that Nelson Mandela and I have received from universities across the globe. During the years of apartheid many of these same universities denied tenure to faculty who were "too political" because of their commitment to the struggle against apartheid. They refused to divest from South Africa because "it will hurt the blacks" (investing in apartheid South Africa was not seen as a political act; divesting was).
Let this inconsistency please not be the case with support for the Palestinians in their struggle against occupation.
I never tire of speaking about the very deep distress in my visits to the Holy Land; they remind me so much of what happened to us black people in South Africa. I have seen the humiliation of the Palestinians at checkpoints and roadblocks, suffering like we did when young white police officers prevented us from moving about. My heart aches. I say, "Why are our memories so short?" Have our Jewish sisters and brothers forgotten their own previous humiliation? Have they forgotten the collective punishment, the home demolitions, in their own history so soon?
Have they turned their backs on their profound and noble religious traditions? Have they forgotten that God cares deeply about all the downtrodden?
Together with the peace-loving peoples of this Earth, I condemn any form of violence - but surely we must recognise that people caged in, starved and stripped of their essential material and political rights must resist their Pharaoh? Surely resistance also makes us human? Palestinians have chosen, like we did, the nonviolent tools of boycott, divestment and sanctions.
South African universities with their own long and complex histories of both support for apartheid and resistance to it should know something about the value of this nonviolent option.
The University of Johannesburg has a chance to do the right thing, at a time when it is unsexy. I have time and time again said that we do not want to hurt the Jewish people gratuitously and, despite our deep responsibility to honour the memory of the Holocaust and to ensure it never happens again (to anyone), this must not allow us to turn a blind eye to the suffering of Palestinians today.
I support the petition by some of the most prominent South African academics who call on the University of Johannesburg to terminate its agreement with Ben-Gurion University in Israel (BGU). These petitioners note that: "All scholarly work takes place within larger social contexts - particularly in institutions committed to social transformation. South African institutions are under an obligation to revisit relationships forged during the apartheid era with other institutions that turned a blind eye to racial oppression in the name of 'purely scholarly' or 'scientific work'." It can never be business as usual.
Israeli Universities are an intimate part of the Israeli regime, by active choice. While Palestinians are not able to access universities and schools, Israeli universities produce the research, technology, arguments and leaders for maintaining the occupation. BGU is no exception. By maintaining links to both the Israeli defence forces and the arms industry, BGU structurally supports and facilitates the Israeli occupation. For example, BGU offers a fast-tracked programme of training to Israeli Air Force pilots.
In the past few years, we have been watching with delight UJ's transformation from the Rand Afrikaans University, with all its scientific achievements but also ugly ideological commitments. We look forward to an ongoing principled transformation. We don't want UJ to wait until others' victories have been achieved before offering honorary doctorates to the Palestinian Mandelas or Tutus in 20 years' time. 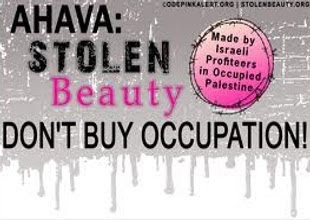 Ed Asner, actor "It is always amazing when actors turn down jobs. To have
the actors of Israel say they will not work in those venues is truly an actof courage. I applaud them and would love to instill the actors of Americawith that courage."

Rebecca Vilkomerson, Executive Director of Jewish Voice for Peace: "The response of American artists to the courageous actions of their Israelicounterparts is just phenomenal. It is especially notable that so many ofthe signatories are Jewish Americans with long-standing connections toIsrael. We hope that the strong show of solidarity by Americans in responseto these brave Israelis will help spark a new conversation in bothcountries, one that acknowledges that the Jewish settlements in the occupied territories are illegal by every measure of international law, contribute to the daily violation of human rights of Palestinians, and are a major obstacle to a just peace inthe region."

Corey Fischer, co-founder of the Traveling Jewish Theater (now JewishTheater San Francisco), "It seems to me that, as often happens in our times,these artists are taking on what was traditionally the task of the Hebrew Prophets: speaking truth to power. I hope someone is listening."The Israeli theatre community re cently released a petition in which theyrefused to perform in the West Bank because of news that performances werebeing planned for Ariel's new cultural center. The group of artistsparticipating in the boycott hope that their actions will only highlight theinjustice of the current occupation.