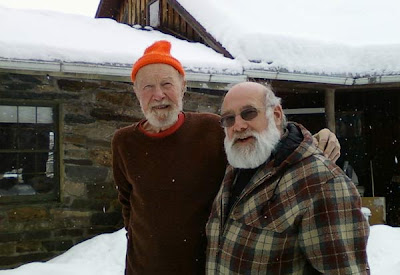 Folk music legend Pete Seeger has come out in support of the growing Palestinian movement for Boycott, Divestment, and Sanctions (BDS) against Israel as a program for justice for Palestinians and a route to peace in the Middle East.

Seeger, 92, participated in last November's online virtual rally "With Earth and Each Other," sponsored by the Arava Institute, an Israeli environmental organization, and by the Friends of the Arava Institute. The Arava Institute counts among its close partners and major funders the Jewish National Fund, responsible since 1901 for securing land in Palestine for the use of Jews only while dispossessing Palestinians. Although groups in the worldwide BDS movement had requested that he quit the event, Seeger felt that he could make a strong statement for peace and justice during the event.

During a January meeting at his Beacon, NY, home with representatives from the Israeli Committee Against House Demolitions (ICAHD) and Adalah-NY, Pete Seeger explained, "I appeared on that virtual rally because for many years I've felt that people should talk with people they disagree with. But it ended up looking like I supported the Jewish National Fund. I misunderstood the leaders of the Arava Institute because I didn't realize to what degree the Jewish National Fund was supporting Arava. Now that I know more, I support the BDS movement as much as I can."

Jeff Halper, the Coordinator of ICAHD, added, "Pete did extensive research on this. He read historical and current material and spoke to neighbors, friends, and three rabbis before making his decision to support the boycott movement against Israel." Seeger has for some time given some of the royalties from his famous Bible-based song from the 1960s, "Turn, Turn, Turn," to ICAHD for their work in rebuilding demolished homes and exposing Israel's practice of pushing Palestinians in Israel off their land in favor of the development of Jewish villages and cities.

The November virtual rally "With Earth and Each Other" was billed as an apolitical effort to bring Israelis and Palestinians together to work for the environment. Dave Lippman from Adalah-NY noted, "Arava's online event obfuscated basic facts about Israel's occupation and systematic seizure of land and water from Palestinians. Arava's partner and funder, the JNF, is notorious for planting forests to hide Palestinian villages demolished by Israel in order to seize land. Arava was revealed as a sterling practitioner of Israeli government efforts to 'Rebrand Israel' through greenwashing and the arts."

Currently, the JNF is supporting an Israeli government effort to demolish the Bedouin village of Al-Araqib in order to plant trees from the JNF that were paid for by the international evangelical group GOD-TV. The Friends of the Arava Institute's new board chair recently published an op-ed in the Jerusalem Post that only cautiously questions some activities of the JNF, an organization whose very raison-d'etre is to take over land for Jews at the expense of the Palestinian Arab population.

Pete Seeger's long-time colleague Theodore Bikel, an Israeli-American known for his life-long involvement with Israeli culture, recently supported the Israeli artists who have refused to perform in a new concert hall in Ariel, a large illegal Israeli settlement in the West Bank.

Seeger joins a growing roster of international performers who have declined to whitewash, greenwash, or in any way enable Israel's colonial project, including Elvis Costello, Gil Scott-Heron, Roger Waters, Devendra Banhart, and the Pixies. 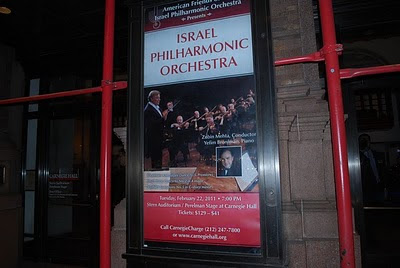 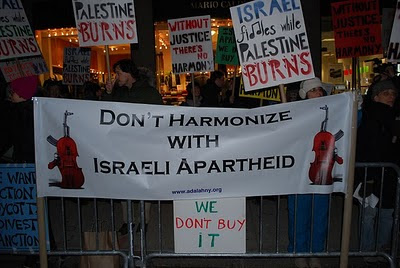