NEW YORK - The Student Government Assembly at New York University passed a resolution Thursday supporting a divestment of businesses that sell to the Israeli army.

More than 60 organizations and 30 faculty members supported the resolution, which was co-authored by an Israeli-American student.

The resolution calls on the university to divest from companies that “play an active role in funding and perpetuating Israel’s illegal occupation and its violation of human rights, making NYU complicit in these crimes.”

The resolution listed corporations such as Caterpillar Inc., Lockheed Martin, and General Electric as companies that sell bulldozers, helicopters, and engine generators to the Israeli army.

Following a debate that lasted into the night, 35 students voted for the resolution, 14 voted against, and 14 abstained. Israeli and Jewish students and others who oppose the Boycott, Divestment and Sanctions movement protested outside the meeting.

“The resolution will help my family in Israel, along with Palestinians” said Rose Asaf, who co-authored the resolution along with two students affiliated with Students for Justice in Palestine (SJP), Leen Dweik and Bayan Abubakr.

The students also listed two faculties at NYU that use General Electric engines or list Lockheed Martin as a corporate partner. The resolution points out as precedent that in 1985 the New York University Student Senators Council unanimously voted for the university to divest from all South African businesses during the Apartheid era. 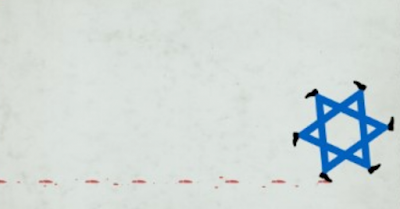 The Film the Israel Lobby Does Not Want You to See

The series is an inside look over five months by an undercover reporter, at how the government and intelligence agencies of Israel work with U.S. domestic Jewish groups to spy on, smear and attack critics who support the boycott, divestment and sanctions (BDS) movement
Chris Hedges