We are writing to bring to your attention the fact that some of RE/MAX International's operations violate fundamental human rights. Through its contract with RE/MAX Israel, your company is profiting from selling homes in illegal Israeli settlements in the Occupied West Bank. These settlements are in direct violation of the international law, specifically Article 49 of the Fourth Geneva Convention, which states that the occupying power shall not transfer parts of its own civilian population into the territory it occupies. Yet this is precisely what Israel has done and continues to do, and RE/MAX Israel's services facilitate this process.

RE/MAX Israel is a major presence in the Israeli real estate market. Most disturbingly, it also is the leader in selling properties in the Occupied West Bank to Israeli settlers. According to WhoProfits, RE/MAX Israel operates an office in the illegal settlement of Ma'ale Adumim. It also sells properties in all the other major settlements, including Adam, Beit Arye, Beit El, Giva'at, Ze'ev, Oranit. Salit, Sha'arei Tikva, and Zufin.

As a result, RE/MAX Israel is directly contributing to the confiscation and settlement of Palestinian land and the oppression of West Bank Palestinians, 80% of whom living in areas of direct Israeli control lack a steady supply of food. As concerned citizens we find it abhorrent that an industry leader such as RE/MAX would profit by selling properties in illegal settlements that have been condemned by the international community. Please apprise your corporate leadership of our concerns and tell them that unless RE/MAX Israel ends its illegal operations in the Occupied West Bank we will pursue a local campaign to boycott RE/MAX and support national and global efforts in this regard.

Submitted by Priscilla Read
The Boycott SodaStream event from noon to 1 p.m. on Saturday, December 13, at Walmart in White Plains, NY was co-sponsored by JVP-Westchester and three other local organizations: Concerned Families of Westchester, Hudson Valley BDS, and WESPAC.  It also benefited from the support of neighbors across the Hudson, members of Rockland for a Just Peace in Palestine-Israel. The target of the action was a large Walmart situated in midtown White Plains with wide sidewalks on a busy thoroughfare.  The CEO and president of Walmart, the CEO and president of Walmart U.S., and the local store manager all received in advance the same  letter detailing our position on SodaStream and  why Walmart should follow Macy’s in de-shelving.
The day dawned seasonably cool, somewhat breezy, but sunny.  We launched activity by noon and soon had about 25+ participants engaged in a variety of activities to raise public awareness of the issues. We had planned materials geared to the diverse clientele that frequents the White Plains Walmart, including a flyer about intellectuals and artists who’ve spoken out about Palestinian rights and one about SodaStream formatted recto/verso in English and Spanish.  Five people who had volunteered in advance to leaflet and engage passers-by were so effective that they exhausted our supply of one hundred flyers in the first twenty minutes.  Dave Lippman, the well-known Satirical Songster-Tuneful Truthteller of New York City fame, led us in seasonal songs with his own clever, trenchant SodaStream lyrics.  A group of energetic recruits, mainly beginners but infectiously enthusiastic, did an animated rendition of dabke Arab folk dance to traditional Palestinian music.  The signs, the singing, the dancing, and the sound amplification created a high-energy spectacle that attracted a good deal of attention on the street.  Unfortunately, our advance, detailed communications about the issues to local press, television, and radio produced no media coverage.
For the segue between the SodaStream event and the March to Stop Police Impunity scheduled immediately following, there had been overlap and cooperation among organizers.  JVP members had been encouraged in advance to join the marchers. Just before 1 p.m., a JVP member gave some short remarks about BDS, SodaStream, Walmart, and the purpose of our action and drew links between our efforts to fight oppression and injustice in Palestine, the struggle against racism and inequality in the United States, and the roiling protests over police killings of unarmed civilians in this country. Dave Lippman sang his “Hands Up! Don’t Shoot” ballad inspired by the issues of the day, and the swelling crowd joined in the chorus. Then, inspired by the theme: “No Business as Usual; No Christmas as Usual” and chanting “Hands Up! Don’t Shoot!” and “I Can’t Breathe,” more than two hundred marchers set out at a good clip for the Westchester Mall.  From that shoppers’ palace, the route took us to a major intersection in the center of town where we staged a die-in and then proceeded to some brief speeches in front of police headquarters.  Channel 12 News Westchester covered the march.
*********************************
Photos of both the 1) SodaStream event and 2) the March to Stop Police Impunity by Andrew Courtney
1)     https://picasaweb.google.com/lh/sredir?uname=110504553935561902687&target=ALBUM&id=6092454904997808257&authkey=Gv1sRgCJ_PwYPTytW4oQE&feat=email
2)     https://picasaweb.google.com/lh/sredir?uname=110504553935561902687&target=ALBUM&id=6092457811333636625&authkey=Gv1sRgCLD0ofL7_OO9Ig&feat=email
Photos of the SodaStream event at Walmart by Len Tsou
https://picasaweb.google.com/109077540544836974769/SupportWalmartWorkersOnBlackFridayNorthBergenNJ#
Photos and videos of the SodaStream event by Yoram Gelman
https://www.dropbox.com/sh/wbistmwnqqw7s1z/AAC-hDlBLzWB9_zpts_Fzd1Xa?dl=0 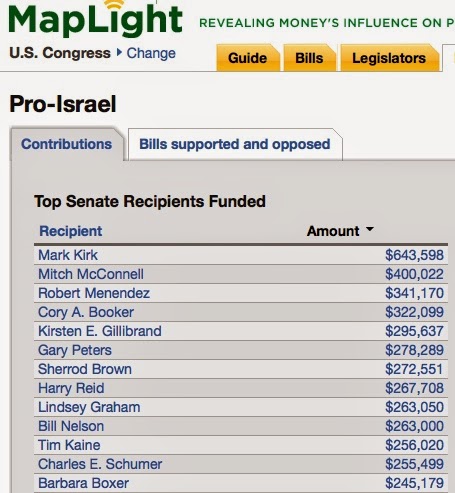 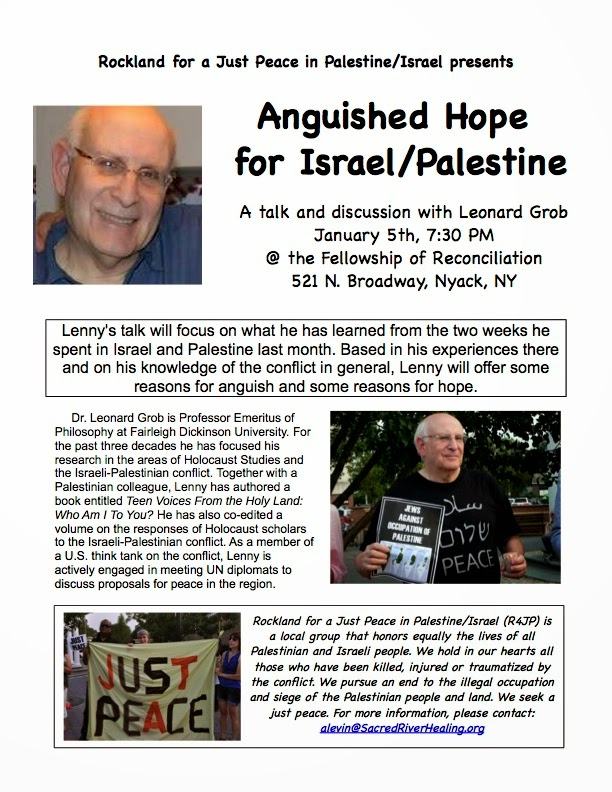 Students for Justice in Palestine (SJP) remained firmly in campus consciousness for almost all of last year, at first for their public protests against International Studies 110, a travel class that included a trip over spring break. Prior to last year, destinations have included Cuba, Spain, and Mexico. The International Studies trip in the spring of 2014 was headed to Israel. SJP believed that the trip, as described in info sessions, ignored human rights violations in Palestine and gave tacit approval to Israel by presenting a survey of Israeli clean water infrastructure as “non- political.” SJP argued, and we agree, that the reality of clean water allocation in the region is inherently political.

From the beginning, Vassar administrators painted SJP as disrespectful and inflammatory. A protest outside of one of the International Studies class sessions, according to the reports of many of the students in attendance, was orderly and quiet. Protesters spoke only when spoken to, engaged in discussion only with those who invited it, and they were careful not to block any doors or aisles. They also made sure to leave before the class started. The administration later described the protest, however, as incredibly out of line. A series of periodic emails from Cappy, which continued through the end of the spring 2014 semester, repeatedly emphasized the need for all campus debates to be “respectful” and “civilized.” The Committee on Inclusion and Excellence subsequently invited SJP to a discussion on campus activism that was dominated by the two professors leading the International Studies trip — Rachel Friedman and Jill Schneiderman — as well as J Street, a pro-Israel, two-state solution advocacy group that was involved with neither the International Studies class, nor the campus protest against it. SJP declined to attend the meeting because they feared that the meeting would be used to put them on trial. As it turned out, that fear was well founded.

Members of SJP who attended the meeting as individual campus activists reported that they were treated incredibly disrespectfully. Prof. Schneiderman reportedly yelled at a student of color and member of SJP who attempted to contradict the assertion that the trip had always had a focus on the politics of the region, a claim that contradicts the original framing of the trip as “non-political.” If the Vassar community insists on vilifying someone or something, we believe that our condemnation ought to be directed towards those who abuse their positions of trust and power.

Although The Chronicle Editorial Board recognizes that we ought to respect one another as members of a community with a diversity of opinions, we deplore the treatment of SJP as inherently disrespectful. We, moreover, see the civility-above-all- else attitude of Vassar’s administration as detrimental to campus activism and discourse. We at The Chronicle reject the notion of civility, which we view as inextricably linked to the very power structures that campus activists seek to overturn. The highly political nature of the Israel-Palestine debate makes any attempt to engage inherently uncivil and disrespectful. We do not see what SJP could have done to be more “respectful” and “civil” in their protest, nor do we understand why students must be held to those standards as defined by aloof administrators, rather than their community of peers. It seems an inescapable realization that any activism they could have undertaken for this cause, no matter how mild, would have been met with accusations of incivility.

While we do believe that the posting of an anti-semitic poster on SJP’s social media sites by one of its members showed a complete disregard for the horrifying history of the Nazi genocide, we also recognize that SJP acted swiftly — before any groups external to the Vassar community either noticed or complained — to both apologize to the community and eject the member of their organization who shared that poster. Despite this immediate denunciation of the post and disassociation from the person responsible, SJP has been subject to innumerable wholesale accusations of anti-semitism, and even of “white nationalism” (which would be quite a puzzling feat for many of its members).

It is the opinion of The Chronicle Editorial Board that the emphasis on “respect” and “civility” that surrounds discussions of activism is present because certain members of the administration and faculty — as well as the prominent alumnae/i lobbying them — feel that their being challenged to defend their stances on controversial issues is inherently disrespectful: they feel that the very existence of direct-action activism on campus is not “civil.” The Chronicle sees this as nothing less than an attempt to further silence marginalized voices and kill legitimate dissent from conventional political wisdom. There is no place for homogeneity of ideas at a liberal arts college and so The Chronicle stands with SJP.