Second BDS action in front of the Woodstock CVS 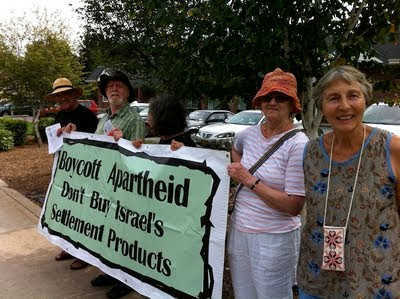 We had a second CVS boycott event in Woodstock. Five held our banner outside the CVS store, and five handed out flyers. At the end of an hour, we walked with the banner to the Village Green, handing out flyers on both sides of the street.

We handed out about 270 flyers this time, bringing our total up to over 500. Another day at the CVS in Woodstock would probably get us close to a total of 800. 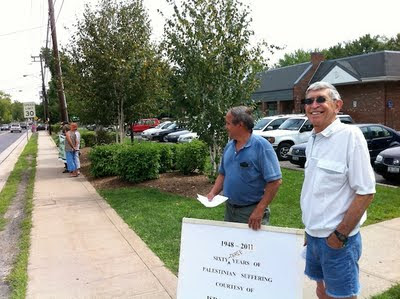 We had only minor objections this time. One older woman made a big show of throwing her flyer away. Another rather goofy old man told the group: "I would rather look at you through the cross hairs of a rifle," nasty words indeed. For his efforts, I have also posted his picture below.

Many people are willing to talk about Israel and the settlements, which is encouraging. The few hateful responses we got were troubling, but may also show a certain desperation. Israel's actions just won't be immune to criticism forever.

At least four people brought up the 3 billion we give to Israel each year, and contrasted this give-away with the cutting of services for the American Middle Class. Perhaps our flyer should say more about this. 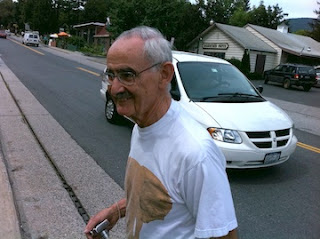 "I would rather look at you through the cross hairs of a rifle."