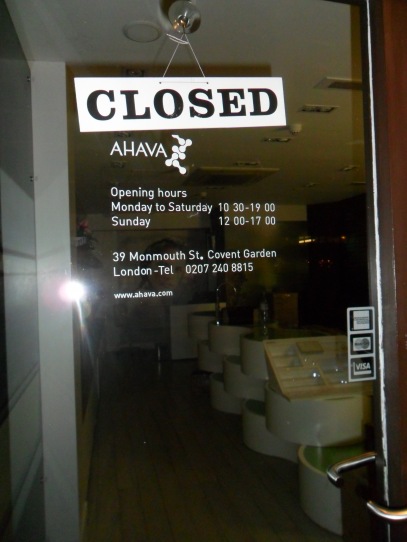 The above images are the end result of a successful campaign to cleanse London’s Monmouth Street of Ahava, a notorious retailer of Dead Sea beauty products made from natural resources plundered from the Palestinian people and manufactured on an illegal West Bank settlement.

Throughout this time, campaigners have engaged and distributed flyers to thousands of UK residents and international visitors informing them about Ahava’s unethical and illegal practices.

This, the UK component of CODEPINK’s international ‘Stolen Beauty’ campaign has used many tactics including fortnightly public demonstrations, legal challenges, occupations and other forms of direct action.

The Ahava Boycott Campaign proved successful due to the efforts, hard work and dedication of all the activists, truthtellers and human rights campaigners, some who made many sacrifices and all who gave so generously of their time.

Should Ahava relocate to other premises, activists vowed the campaign will continue.

It was a hard sell in Rhinebeck. Most people took flyers and many asked questions. Most did not even know about the settlements in the West Bank. If they did, they tended to thank us for being there. As usual, a few foreigners took pictures. They hadn't expected to see something like this in America. 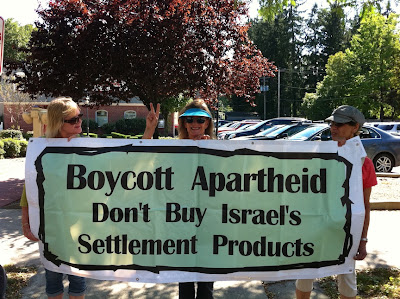 One wine merchant from Ithaca asked if it was still safe importing wines from the occupied West Bank. A few teenagers seem to know all about the West Bank. CVS is not popular, so many took flyers because of that. 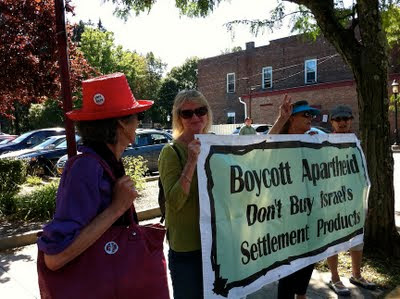 We handed out about 120 flyers, below what we have been doing in Woodstock. Next time, we should probably come during the farmers' market on Sunday. There is a lot more foot traffic by CVS at that time.
Why the hard sell? Compared to Woodstock, more people came up to us angry that we were critical of Israel. We tried to be calm and answer their questions, and mostly that's just what we did. There were some, however, who were just furious and not open to any discussion at all. With those, it was better just turning away and talking to someone else. 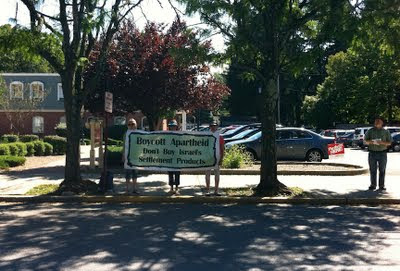 Thanks to the group that came out to do the rally. We all agreed that Rhinebeck was fertile ground for BDS actions. People had obviously never seen anything like this before.