You are all aware that SodaStream has announced that it will move from the industrial zone of the illegal Israeli settlement of Ma’aleh Adumin .  This decision follows a concerted international BDS campaign and a noteworthy tanking of the company’s stocks. SodaStream denies any relationship between its decision and the boycott.  We know better.

Meanwhile, at the corporate level,  Macy’s, which we targeted locally last December and in July, has taken SodaStream off its shelves.

Our work is not finished. First, the move has not yet happened. Second, SodaStream is moving to the Negev with significant Israeli government subsidies to assist it and forcibly displaced and re-located Bedouin population available as an essentially captive work force. Land theft, exploitation of labor, and discrimination against the local population will continue if we let up the pressure.

Locally we are shifting our focus to Walmart, which still sells SodaStream.  A de-shelving at a second major corporation would send a crucial signal to SodaStream and to other firms that participate in denying Palestinians their basic human rights: oppression will be met with nonviolent resistance.

Join us on Saturday, December 13, from noon – 1 p.m.  We will be singing seasonal songs with an anti-SodaStream, pro-Palestinian-rights theme , holding signs to make our message visible, and leafleting passers-by to explain why a boycott of Sodastream participates in a noble historical tradition that contributed to overturning Jim Crow and apartheid in South Africa. We are hoping to recruit some dancers for a traditional Palestinian debke interlude.

National JVP is planning a Burst the Bubble Hannukah Week of Action Dec. 16-24.  We will help launch this campaign.

We need people to sing, people to make signs, people to engage with passers-by around the leaflets, and people to dance (you can learn).  If you can help with any of these things, please reply to this email.

And please come.  To make a meaningful statement, we need to field a significant presence on December 13 in front of Walmart in White Plains.

The Swedish government officially recognized the state of Palestine 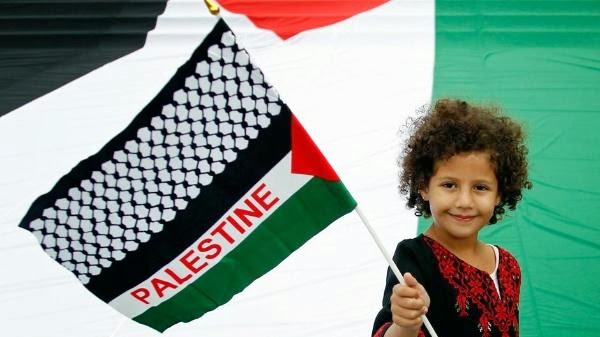 The Swedish government officially recognized the state of Palestine on Thursday and said there were signs other European Union states would follow its lead.

“Our decision comes at a critical time because over the last year we have seen how the peace talks have stalled, how decisions over new settlements on occupied Palestinian land have complicated a two-state solution and how violence has returned to Gaza,” she said.